Being well known for his ability to speak and sing fluently in English, Pidgin, Isoko, Igbo and Yoruba fluently, was born into the the family of Mr. and Mrs. Iniyezo.

In 2010, Solidstar was signed into a new record label, Achievas Record, where he released his debut album One in a Million which went on to become a huge hit which the remix of “One in a Million” was there after featuring Africa’s legend 2face Idibia.

Also, he has partnered with some of Nigeria’s best artists, on some of his singles; “Oluchi” featuring Flavour and “Wait” which he collaborated with Davido, Tiwa Savage, and Patoranking, awarding him the Best Collaboration of the Year award at the City People Entertainment Awards.

Not only did he won the award for Best Collaborator of the Year at the City People Entertainment Awards, he also won the award of the Best New Artist of the Year Award at the Nigeria Music Video Award (NMVA) for his hit single, “One in a Million”.

Solidstar is currently one of the richest and most influential artists in Nigeria with an estimated net worth of $2.6 million. 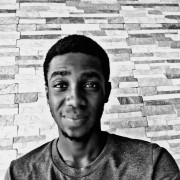 Best Foods You Ought To Try Out During Ramadan